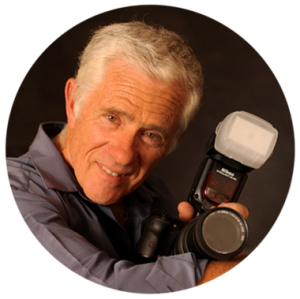 EST. 1988 and has traditionally covered several areas of photography,
specialising in weddings and portraits.

We all love spending time with our loved ones and cherish the moments we spend with our family.  Our Family photography services capture those precious moments as a permanent record and fond memories of time spent with family. If you want photography for special occasions like birthdays, anniversaries, weddings, family parties and other activities, then we are the right business to contact. Located in Melbourne’s North Eastern Suburbs, Wattle Studios offers professional family photography services to those who wish to celebrate the special bond they share with their families. We have provided many happy customers over several decades with beautifully framed portraits for their homes. Digital copyright files of all images purchased, are provided to share amongst family and friends. We can use our studio in the Diamond Valley or can come to you if you prefer, to photograph you in your favourite environment.

Photographs that Spark New Passion
Photos capture those precious moments of life, which have to be treasured forever. Therefore, it is important to choose the right photographer for your requirements. Focusing on Melbourne , at Wattle Studios, we offer professional photography services backed by over 25 years industry experience.

Being adept in seizing the candid moments, we will surely spare you from the hassle of recurrent posing sessions. We capture images that reflect your personality and the emotion of the moment.

We understand that many things keep you occupied on your wedding day or special event, so we focus on ensuring that your experience with us is a smooth one. For this reason, we focus on an approach that is, unobtrusive, considerate, friendly and warm. While this gives you the freedom to discuss your requirements with us, we will do our utmost to ensure a result which you will be proud to share with your friends and family.

Well-Equipped for a Seamless Photographic experience
Due to our extensive experience and ‘state of the art’ equipment we are flexible and come well prepared to ensure nothing spoils the fun and enjoyment. We will ensure that your photographs capture the mood, charm and excitement of your celebration.

Our team has extensive experience in covering a variety of corporate and private functions with our photographic and video production services. Therefore, if you are looking for professional event photographers, glamour Photographers or wedding photographers in Melbourne, you have come to the right place.

We are Just a Call Away
All that you have to do to freeze those special moments in your life is to simply call us on 9432 9790 or 0414 359 365. We can then arrange a time to meet to get to know each other a little and discuss your event and a style of coverage to fits your needs and personality. You can also have any queries answered by emailing Ian at ian.toohill@bigpond.com or by posting your queries online. We look forward to hearing from you.

WHAT MY CLIENTS SAY

Ian is an exceptional Wedding Photographer who we couldn’t recommend more highly. We felt totally at ease with him right from the start. He met with us prior to the wedding to get to know us and establish our requirements and the style of photography we were after. We had both been married before and Ian understood totally what we wanted and our priorities for the photography on our Wedding Day. He was very respectful of us, our family and friends on the day and generous with his time. The photographs are superb with a perfect mix of staged and impromptu shots. The results far exceeded our expectations! Our biggest dilemma has been which photos to enlarge and frame, as there are so many that we love!
Pam and Brett Loeliegr
Ian was a great photographer for our wedding. He made sure that there were plenty of shots of the groom and bride getting ready with friends and family. After the ceremony we only had a short time for photos together but Ian made sure that many different poses were made. Later in the evening, when the light was better, Ian did more bride and groom photos and they were our favourite. At all times, Ian was professional, organised and accommodating with our requests. We loved the final products and would happily recommend him to everyone!
Shea and Jen
Thank you so much Ian and his assistant Emma, for capturing every single moment of our wedding day. You did an incredible job for us from the moment you walked through our doors. We cannot thank you enough for everything you have done for us. You have captured beautiful moments that we will cherish forever. Thank you,
Stacy & Daniel Eifermann

To learn more about Ian

I initially developed my love of photography as an art teacher with the Victorian Education Department in the early 70’s. I have always had a passion for photographing people, landscapes and powerful imagery. Many of my photographic exhibitions contain my interpretations of places I have visited, with a particular eye for the people who live so unselfconsciously in their own cultural and often demanding physical environment. I love movement and colour, capturing the exotic, but equally working in my studio with families and models, capturing personality and expression through portraiture and sometimes experimenting with light, defining the lines of human body as sculptural forms. I have captured and exhibited photos as far afield as the Antarctic and Mount Everest.

Naturally due to my interest in people I developed a passion for wedding photography early on and have photographed hundreds of weddings over several decades. I really enjoy capturing the essence of the event as a series of intimate lasting memories for my clients.

Ian was born and grew up in Melbourne where he lives and works in the suburb of Montmorency. Starting his career as an Art Teacher with the Victorian Education Department he continued his studies at night school and during his time in education has worked in school administration, curriculum development, as a state wide arts advisor and as a educational film and Television producer.

In 1987 Ian took a break from teaching to establish Wattle Studios a Photography and Video production business in Eltham. In this capacity he has produced many promotional videos for commercial and corporate clients and provided extensive professional photographic services.

Ian returned to teaching part-time in 1994 as a secondary school Arts, Photography and Media Studies teacher to VCE level. Both his work in this field and Wattle Studios have continued to the present.

Concurrently Ian served for 45 year in the Australian Army Reserve, having initially been conscripted for service during the Vietnam War. He initially spent time in logistics and water transport which saw him spend a summer in Antarctica, later he worked in recruiting where he made a number of promotional videos and then spent 15 years in Public Affairs. Ian also served on overseas peace keeping operations. He retired from the Defence Force in 2014 at the rank of Major.

Ian is also passionate about community service and has been a member of Rotary International for 25 years. He spent has spent time in Timor Leste leading teams building a school and has been involved in many other Rotary projects. He has been awarded a Paul Harris Fellowship for outstanding service.

His leisure time pursuits include sailing, cricket and most recently flying a light aircraft. 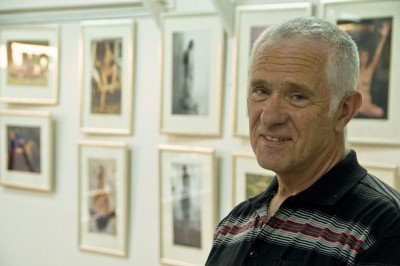